A Byzantine noblewoman seeking refuge in a monastery loses her heart to an invader when Constantinople is sacked by the Viking Rus.

“Protecting Her” has been republished in Ancient Shorts: An Ancient World Romance Collection

Vikings. Fierce warriors who terrified all in their path as they raided and marauded, enslaved and murdered during Europe’s Dark Ages.

But these rough men from a rugged land were also sailors, explorers, craftsmen, and highly sought after mercenaries.

Conquests: An Anthology of Smoldering Viking Romance will transport you to the realm of fantasy where such fearsome and loyal men are relentless potent lovers. Whether the lady of the keep demands a few stolen hours of pleasure with a captured Viking warrior or the handsome Northman is the one seducing his captive, you will find plenty of lusty adventures in settings as far-flung as Ireland, Iceland, Norway, Byzantium, Moorish Spain and the New World.

Let your fantasies run wild to a time when men wearing bearskin shirts and shining iron helms could capture a fierce maiden’s heart!

“Protecting Her” by Regina Kammer

June 18, 860. Aelfrun has taken refuge in the monastery of St. John Stoudios near Constantinople when the Rus descend upon her world, inexorably changing her life – and her heart.

Inspiration for “Protecting Her”

Why set the story in Byzantine Constantinople? 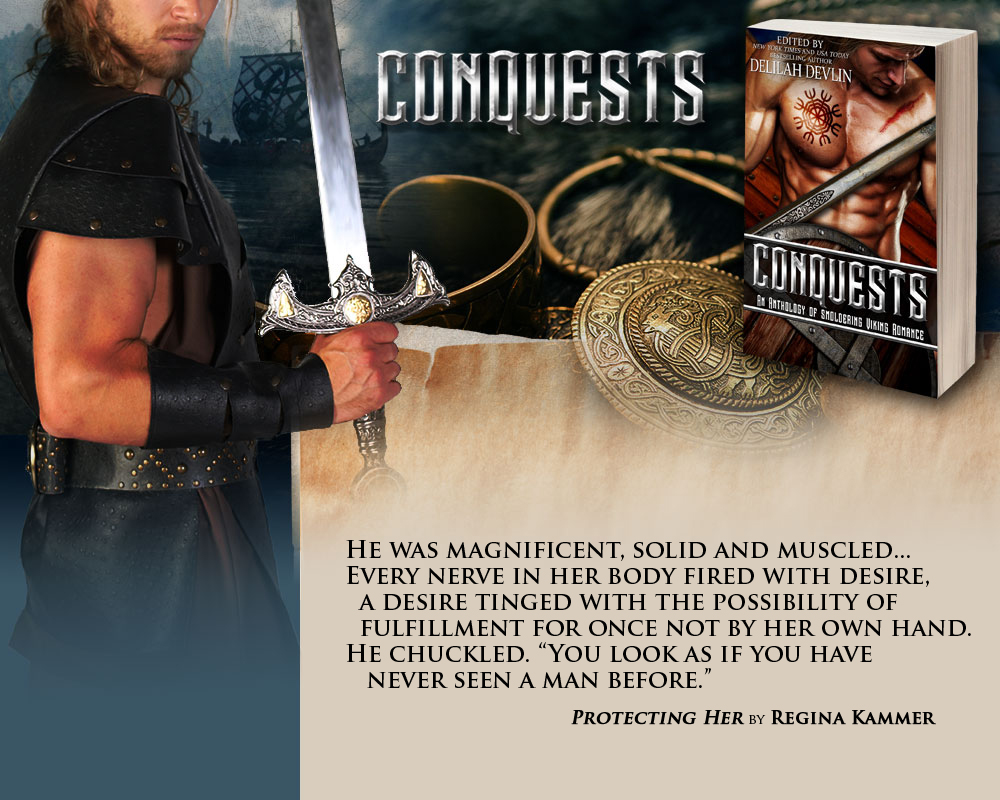 2 thoughts on “Conquests: An Anthology of Smoldering Viking Romance”