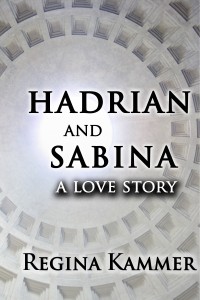 An imperial marriage is a complicated affair.

She faced him once again, this time with hate in her eyes. “What about all your slave boys? Are they not satisfying enough? Is your appetite so voracious you need to start in on the women of the imperial household?” She spat in his direction.
Incensed by her vituperation, Hadrian recoiled to strike her. He flinched, stopping himself, knowing abundantly well that he would be admonished harshly…

It is said theirs was a loveless union.

He was vain and arrogant, his passion for a youth one of the most celebrated romances in history. She was moody, difficult, and aborted his heir to prevent harming the human race.

And yet, she left her home and followed him to the ends of the Empire, from Britannia to Egypt. He died only months after her, a crushed, brokenhearted man.

This is the story of Hadrian and Sabina.

Hadrian discusses love with the goddess Aphrodite Urania.
Antinous recounts the Persephone myth during his initiation into the Eleusinian Mysteries. 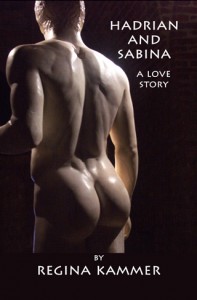 The original cover photo for Hadrian and Sabina: A Love Story was once used in a rotating header image on this website but was considered too provocative for the Associates Program of a major online retailer. The image is the back view of Doryphoros (Spear-bearer), a Roman copy (c. 2nd-1st c BCE; previously believed to be c. 1st c BCE-1st c CE) of the 5th c BCE Greek original by Polykleitos. The statue, of Carrara marble, was found in Pompeii in 1797. Photo is ©Kathleen Cohen and used with permission.

12 thoughts on “Hadrian and Sabina: A Love Story”