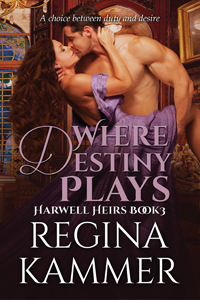 A choice between duty and desire…

After a night of passion at Victorian England’s most notorious masquerade, Arthur Harwell knows he’s met the woman of his dreams. A wealthy viscountess with deep political connections, Lavinia is surely the perfect match for the future marquess. But tragedy has left Lavinia unable to provide Arthur with the one thing he needs: an heir. Must Arthur abandon true love to satisfy aristocratic obligations?

Ever since a tragedy twenty years ago, Arthur Harwell, the Earl of Petersham, has vowed to never fall in love again—or marry. Yet a passionate encounter with a veiled woman at a masquerade inflames his hopes, and he is determined to find her. When he discovers the stranger is Lavinia, a woman for whom he already carries a torch, he is certain his future is settled.

Widowed, wealthy, and well-connected, Lavinia, the Viscountess Foxley-Graham, has her pick of lovers, including the far too appealing Lord Petersham. Yet a disastrous affair twenty years prior left her heartbroken and wary. She fights her demons to allow herself to fall in love with Arthur.

But disaster looms anew. As heir to the Marquessate of Richmond, Arthur is required to marry—and produce an heir. Lavinia’s scandalous liaison left her with more than just sorrow—she was rendered barren. Can Arthur reconcile familial duty with the needs of the heart?

Recognition for Where Destiny Plays

Where Destiny Plays was a semi-finalist in Passionate Ink’s first ever Sexy Scribbles contest in 2016! The opening encounter at the masquerade garnered 52 out of 50 points, earning 2 bonus points!

Reviews for Where Destiny Plays

“A must read….hot and steamy…hated for the book to end…enjoyed the characters…. can’t wait to read more from this author” — Lissa Williams, five stars on Google Play!

“For me, this was the best and my favorite of the Harwell Heirs trilogy, and I found it almost impossible to put down…I found some moments deliciously erotic, with instances of enchantment and pure delight. I felt myself angry with some of the characters who were a product of their upbringing and shedding tears for individuals in whose lives I didn’t realize I’d become so invested.All of the books in the trilogy ended well, but this happy ending was one I was thrilled to read and rounded out the series with perfection. … I absolutely loved it from beginning to end. Brilliant!” — Dawn Yacovetta, five stars on Goodreads! Review also posted on Amazon! 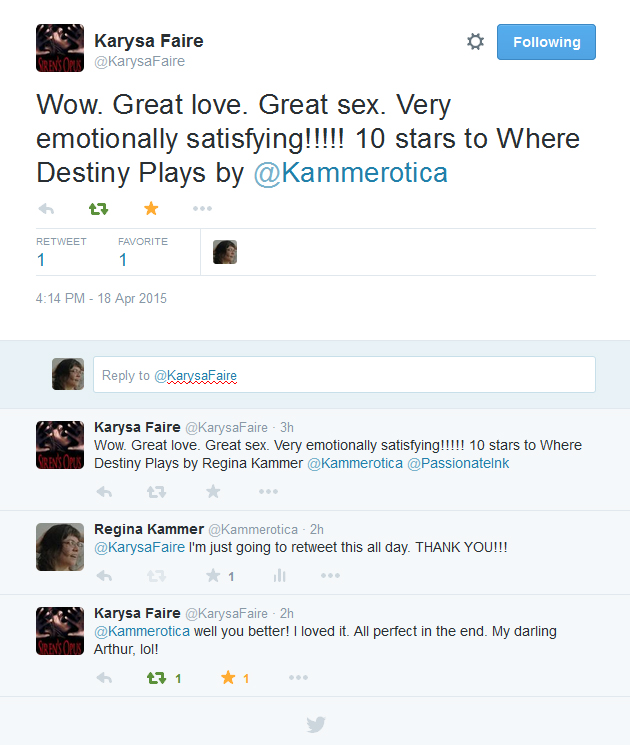 The cover for the 2015 edition of Where Destiny Plays as published by Ellora’s Cave.