The Promise of Memory

A Roman slave finds freedom in her fantasies of a knight in Trajan’s imperial guard — a warrior who evokes memories of a long lost love.

“The Promise of Memory” has been republished in Ancient Shorts: An Ancient World Romance Collection and Imperial Warriors: Two Scorching Tales of the Roman Empire. 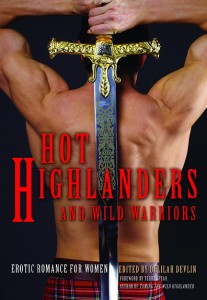 Publisher’s description: Rugged Men in Long-Ago Times and Faraway Places. Imagine a time when survival required physical strength and men were judged by their fierce loyalty and unshakeable honor. Men devoting themselves to their true love through the art of courtly love is the ultimate in romance. Hot Highlanders and Wild Warriors: Erotic Romance for Women is filled with wild knights and Scottish warriors whose courage on the battlefield is outmatched only by their ardor for their ladyloves! Readers will unleash their fantasies of olden days where men wearing heavy armor or thick tartans sent a spirited young maiden’s (or lonely widow’s) heart fluttering. These bravehearts were prized for their physical strength and men were judged for their fierce loyalty and unshakeable honor. Crusaders, highlanders, Normans and Saxons, tournament fighters, vikings, and hunky Huns astride stallions in search of adventure and love all populate the pages of this steamy read.

“The Promise of Memory” by Regina Kammer

Aelia, a slave in Rome’s imperial palace, is inflamed when the eques Manius and his blond Batavian bodyguard strut by her weaving studio on their way to the Empress Plotina’s bedroom. Something about Manius sets her heart a-flutter, something more than his muscular thighs and blue-gray gaze, something that reminds her of a love lost long ago in Trajan’s wars in Germania.

Inspiration for “The Promise of Memory”

Reviews for “The Promise of Memory”

“I knew I had to include this story from the opening page” — Delilah Devlin, anthology editor.

“The Promise of Memory” Excerpt

The opening of the story is on Delilah Devlin’s website.