Announcing the launch of the Common Elements Romance Project with the preorder of Resistance!

Resistance: A Common Elements Romance, an enemies-to-lovers contemporary seasoned romance, will be one of the first Common Elements novels to be released! And it’s available for preorder now at only 99¢!

Kace Jaager, former Army archaeologist, now Superintendent of Fort America National Park, has a duty to preserve and protect the natural beauty and cultural heritage of the United States.

Passions flare as ideologies collide. Yet uncontrollable attraction compels a truce in bed. Opposites may attract, but can they put politics aside to form a more perfect union?

What is The Common Elements Romance Project?

Over one hundred romance authors have come together to write stories that have just five things in common, the elements appearing in any order:

Stories are not connected to each other in any way, nor are they in the same world. They range in length from short novellas to epic tomes. Many different romance sub-genres and heat levels are represented. The books will be released from October 2019 to January 2020. 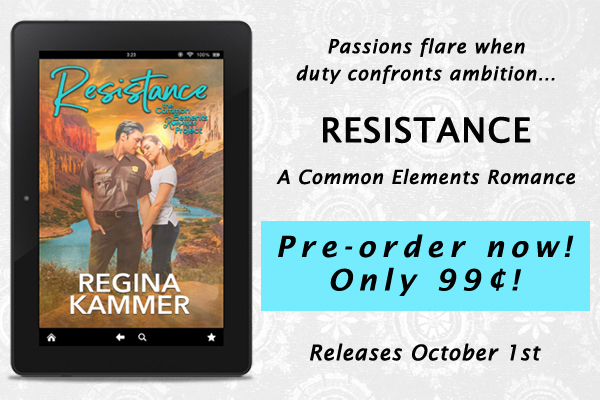 Add Resistance to your Goodreads shelves!