In Part One of this blog miniseries, we learned how Victorian doctors defined “hysteria” and how they treated it. Spoiler alert: doctors used various methods of stimulation to bring women to achieve the “hysterical paroxysm”, i.e., an orgasm.

Lavinia studied the contraption with wonder. A small wooden peg was screwed at a ninety-degree angle to a brass baton, which looked to be the housing for a machine. It sat on a tray attached to a cart, a flexible cloth hose leading down to a motor on a lower shelf.

“Ah, you are admiring my latest acquisition? It turns on down here at the motor,” explained Julius. “Electricity goes through the hose to the wand,” he picked it up, “which contains a small engine and causes the end to vibrate.” He pointed to a tray in the middle of the cart. “As you can see, there are various shapes which can be affixed to the end.”

Lavinia glanced at the rubber attachments. One, to her utter astonishment, perfectly resembled a penis. She gasped.

I only sort of made all that up. 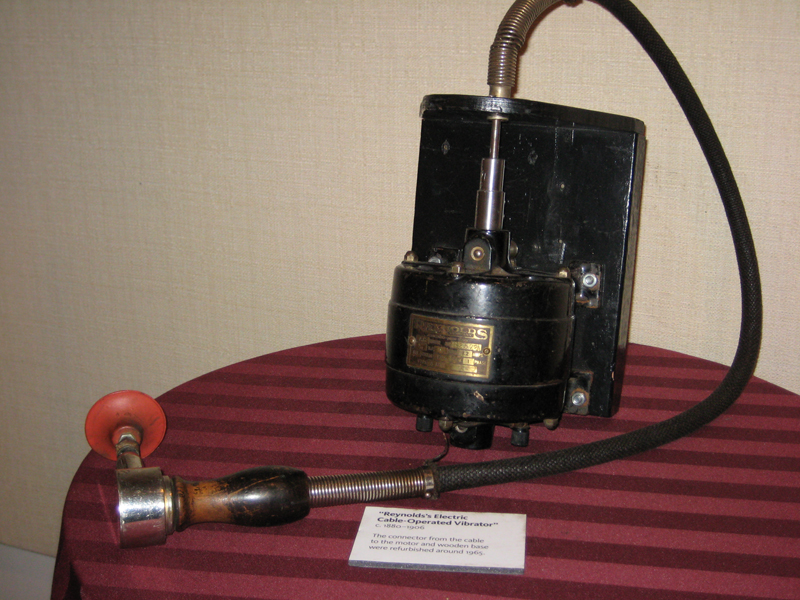 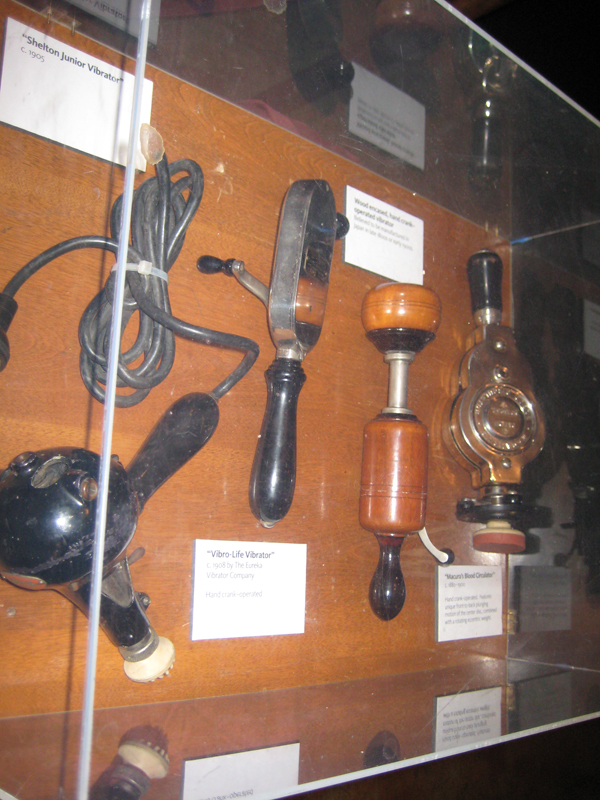 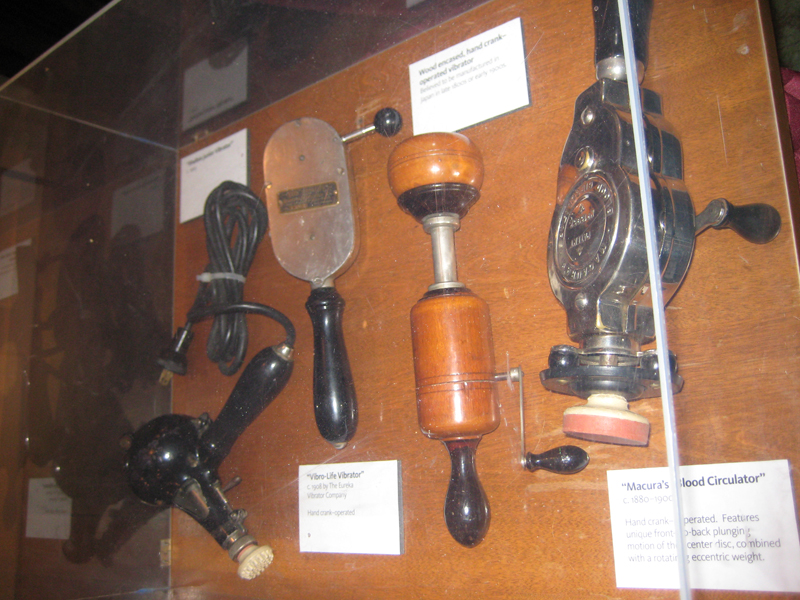 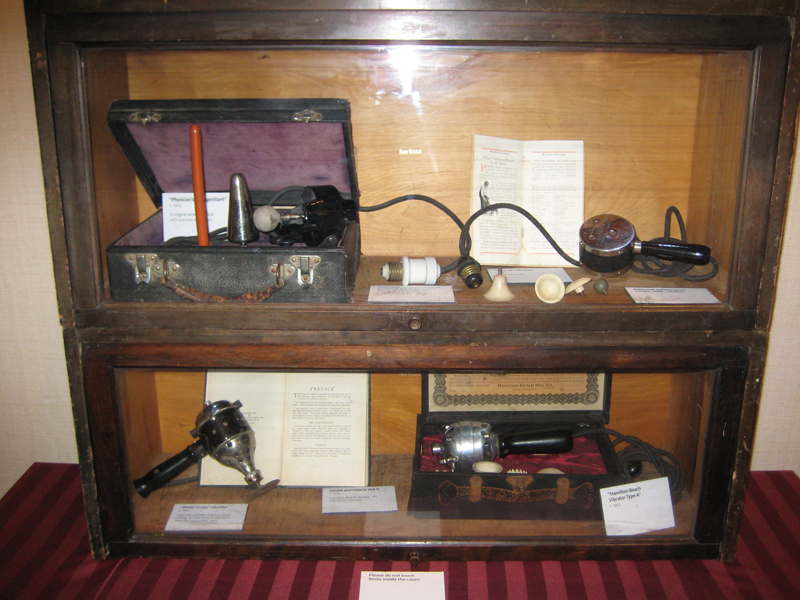 There are at least two museums dedicated to antique vibrators.

The female orgasm has come a long way, baby.