Another November, another “I have no idea what I’m going to write”.

I really just have to admit it. I’m a pantser at heart.

Despite valiant efforts at outlining and character sheets, I’m still at a loss as to what will transpire this November. And that, dear reader, is the absolute magic of it all.

For those of you non-Wrimos, pantsing is when a writer wings it, writing without an outline. Such a writer is known as a “pantser”, someone who flies by the seat of their pants. The opposite of a pantser is a plotter (or a planner), someone who knows the plot, the characters, the setting, etc.

Well, okay, I do know the plot, the characters, the setting, but I’m still pantsing this year.

Slated for November 2017’s National Novel Writing Month is the fifth book in my Harwell Heirs series, tentatively titled Discovering Her Desire. The romantic pairing is William Peel (whom we first met in Book 1, The Pleasure Device, dancing with Helena Phillips) and Beatrice Smythe – is she Lady or Miss? this will definitely be a problem (whom we first met in Book 3, Where Destiny Plays). The setting is a 19th-century archaeological expedition (nope, did not set myself up for extensive research, she said sarcastically) in Ottoman Turkey (why do I do this to myself?).

Beatrice and William became quite smitten with each other in Where Destiny Plays, so we already know they’ll end up together. So here’s where the pantsing comes in: I have a vague idea of Beatrice’s and William’s individual internal conflicts, and I have a vague notion that there is an external conflict about some archaeological artifact involving a villain, who may or may not be a Turkish pasha.

There will be a secondary romance involving Beatrice’s governess/chaperon/companion and another Turkish pasha. The governess will have a secret that will help resolve some of the external plot.

I have some sex scenes in mind, one of which is ping-ponging in my brain as I try to figure out how on earth it will be realized. And I have a fake cover: 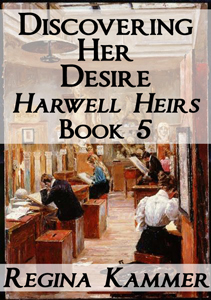 Lady Banbury is scheduled to make an appearance. I really want to have Lavinia (Lady Foxley-Graham) and Arthur (Lord Petersham) appear as well, just because of the intricacies of the relationships developed in Where Destiny Plays with William and Beatrice (you’ll have to read it to see what I mean!).

Okay, okay, maybe I’m a plotser, i.e., someone who has a beginning and an end plus maybe some interesting landmarks, but not really a precise road map on how to connect everything together.

Also in true NaNoWriMo fashion, I have way too much on my writing plate during November — but this is a good thing! My sixth novel is releasing on November 21st! The Westerman Affair was my 2014 NaNoWriMo novel. It will be published by Loose Id with a gorgeous cover. Want to be informed when The Westerman Affair is available?
– sign up for an alert via the publisher Loose Id and get 50¢ off the cover price!
– sign up for my newsletter Kammerotica News
– follow me on Bookbub
– follow me on Amazon 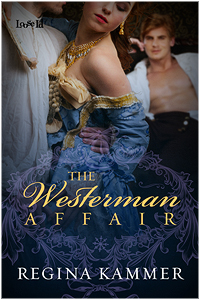