But, I have a premise, I have the fake NaNo cover, and I think farming is over for right now. (Okay, well, farming never ends, but it sometimes takes a seasonal break. By the way, did you know I was a gentlefolk farmer?)

This year I’m totally pantsing it. I have a vague premise of a story involving Lydia and Adam from The Vicereine, the sex club in my Art & Discipline series. The title is tentatively A Model Alliance.

Both Lydia and Adam work at Madame Laperne’s sex club The Vicereine. They were both introduced in The Westerman Affair, book one of my Art & Discipline series. Both are about twenty-five years of age. Lydia has dark hair and, because of that, resembles Lady Threxton — Rosamund — so “portrays” her during scenes at The Vicereine. Adam has blond hair and, because of that, resembles Charles Westerman, so “portrays” him during scenes at The Vicereine. I’ve still got books two and three in the queue, but Lydia and Adam are featured in those as well.

However, I don’t even have surnames for either of them.

Lydia and Adam: Their Story

All I know is that they work at The Vicereine together, and Lydia is an artist’s model (from book three). I’ve got some gritty realism planned for Adam, where he falls on hard times. Lydia helps him find some modeling gigs. Somehow he ends up living with Lydia, and, well, you know…

If I remember correctly, Lydia lives with her sister, who is a lesbian in a relationship with the governess for Charles Westerman’s sister. Lots of connections amongst all of the characters in this series.

Tropes include workplace romance (and what a workplace!) and friends to lovers.

I just re-heard Karla Bonoff’s “Someone to Lay Down Beside Me” and it struck a chord. The lyrics made me think of the lives of Victorian Londoners who had to struggle to eke out a living while ignoring love, and seemed so apropos to this story. I want my characters to find love, whoever they are, whatever they do.

Seriously this is all I got for the blurb so far:

Life amongst London’s demi-monde and social bohemians was exhilarating at best, challenging at worst, but never truly one’s own. And, all too frequently, one was improperly dressed.

For the cover, I was inspired to look at studies done by the British artist William Etty. Why William Etty, you might ask? Well, besides the fact that I have a soft spot for 19th-century Academic art, there is a brief mention of Etty in My Secret Life. Walter, the supposed memoirist, meets a woman who claims to have been a model for Etty. It’s those sorts of touches of realism that make My Secret Life an extraordinary work. 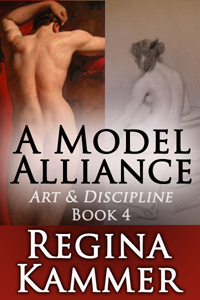 Wish me luck! Check out my NaNoWriMo2020 progress via social media!