2015 will be my 10th year doing NaNoWriMo and I’m revisiting some of my favorite characters I’ve created during the event, plus adding another hero and heroine into the mix. Back this year are Clara, Sam, Constance, and Pat from The General’s Wife: An American Revolutionary Tale. Joining them will be Clara’s brother – Oliver Hastings, the Viscount Thornton – and a family friend, Lady Eleanor Ormundsley.

Readers and Wrimos, I present to you: 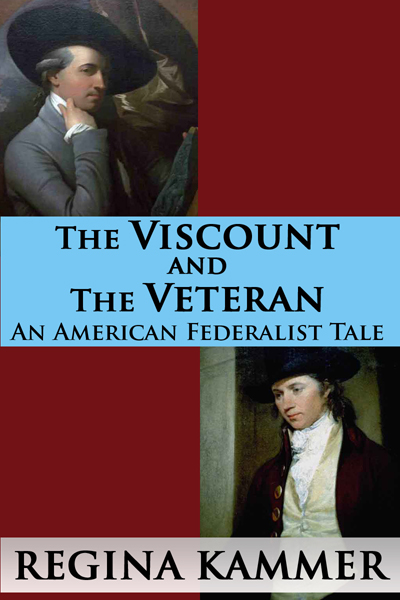 The Viscount and the Veteran: An American Federalist Tale

The war was over, the British gone from their former stronghold of New York. Now Oliver Hastings, Viscount Thornton, must fetch his sister Clara back from America where she has married a rebel without familial consent. Once arrived on the shores of the former colonies, he discovers new sensations in the presence of Clara’s handsome husband, Samuel Taylor, and his best friend, Patrick Hamilton.

Patrick Hamilton is quite contented in the newly free United States. No longer a lieutenant with the 4th New York regiment, he and his former commander, Sam, are now part of the effort to build a national government. Their lives are perfect, with wives who love and accept them, a bounty of children, and moments shared together in each other’s arms.

After tragedy strikes, Pat sails with Sam, Clara, and Oliver to England. Once on British soil, Oliver and Pat’s unlikely friendship grows dangerously close. When duty rears its ugly head and Oliver is required to marry, he finally comprehends the attraction he feels for Pat. But how can there possibly be a happily-ever-after for an English viscount and a veteran of the American Revolution?

One thing I love about NaNoWriMo is the “permission” to be absolutely raw in everything you do. From the synopsis, to the cover, to the actual writing. The cover was thrown together using some images of 18th-century portraits. The synopsis will undergo lots of editing before I submit the novel to a publisher. The novel itself will be revised, rewritten, and edited before submission. But November is the time to let creativity flow freely without self-editing.

I’m a mixture of plotter and pantser when it comes to approaching writing a novel for NaNoWriMo. Right now I have a rambling 9,500+-word document with character profiles, research notes, and an outline not necessarily in plot order. Somehow all that will coalesce into a 50,000-word novel.

Every year I start with a focal sex scene. It is either a place to get to in the plot or a place to work from. This year the focal scene is not a sex scene, per se. It’s an emotional scene where our hero reaches for the hand of the other hero. I’m sensing a lot of emotional depth in this story. There will be sex, make no mistake about it!, but there will be psychological and emotional transformation. And there’s a virgin. I like writing virgins.

I’ve done a bit of hero ogling as preparation toward getting in the mood. Here are a couple of inspirational photos for the character of Oliver I posted on my Facebook page.

And I’ve got some research books ready for perusal… 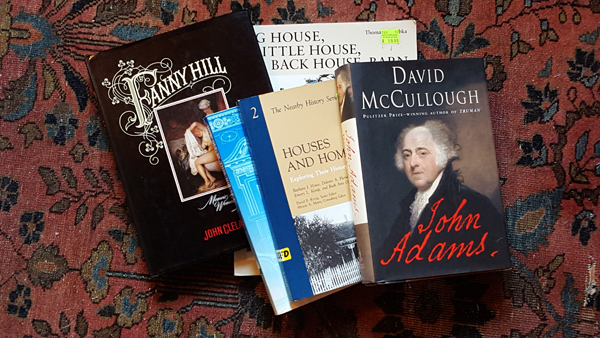 I love how NaNoWriMo encourages participants to make a cover, write a synopsis, and construct an outline. These are good skills to have if one is thinking about going beyond writing for fun. The NaNoWriMo Forums offer camaraderie and information for professional and inexperienced writers alike. The whole event is a whirlwind of activity, a frenzy of creativity that goes by all too quickly, and I highly encourage everyone to join in!

If you want to keep up with my progress I’m planning on having updates on Twitter and Facebook, but probably not so much on the blog. You can also check out my author page on NaNoWriMo to see how I’m progressing in my word count.

2015 will be my first year doing NaNoWriMo away from the San Francisco Bay Area, the birthplace and home of the event. I’m sad to be away from the hubbub of the hub, away from all the opportunities to volunteer – from packing goodies to be sent to schools to manning the coat check at The Night of Writing Dangerously. I’ve watched the organization grow from a handful of employees in a shared office space in a shabby part of Oakland to a robust staff now occupying their own spiffy storefront in hipster Berkeley. I’ve met a ton of wonderful people through the home office, many of them also no longer in the Bay Area. I dedicate this year’s effort to all the wonderful people I won’t see this November. Write on and prosper!