My American Revolution male-male stories are together at last in one ebook! 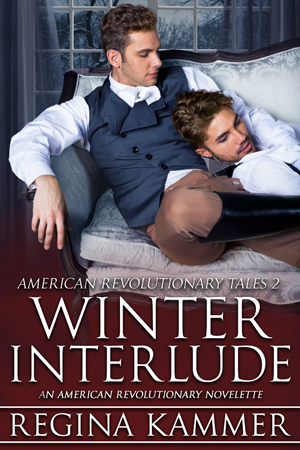 Winter’s icy weather is not the only chill to descend upon New York’s Fort Revolution in January of 1778. Discontent hangs heavy in the air between Lieutenant Patrick Hamilton and Captain Samuel Taylor during an evening’s respite from America’s war for independence.

Reminiscing brings a realization of their emotional and physical connection to each other. Will memories be enough to rouse reconciliation?

On the Eighteenth of January, ’78; or, A Night at Valley Forge

I’ll just say it outright: “On the Eighteenth of January, ’78; or, A Night at Valley Forge” is my favorite of all my short stories.

A colleague described the erotica short as “super kinky and bizarre and queer.” I think I squealed in delight at that response.

During the American Revolution’s infamous winter of ’77-’78 at Valley Forge, two soldiers fanboy over their charismatic leader, General George Washington.

“On the Eighteenth of January, ’78; or, A Night at Valley Forge” was originally published in the Naughty Literati anthology, Naughty List: Thirteen Naughty Holiday Stories in 2014.

I have always intended for these two stories to be published alongside each other as they take place during the same winter of 1777-1778. And here they are, together at last. Pre-order now for only 99¢! Release date October 2, 2018!